Ted was the youngest of five children. Unfortunately, Ted lost two of his sisters in childhood at a very young age. This left him close to being raised as an only child because his two surviving siblings were 12 and 13 years older. He spent a great deal of his very young years earning quarters by promising to not snitch about their transgressions. Bribing worked well with his sister but his brother not so much. Ted and his family settled in Pequot Lakes, Minnesota where he was enrolled in kindergarten early due to being very smart and social, and his folks fibbing about his birthdate. This caused Ted to believe he should be celebrating his birthday twice each year. Ted was so outgoing that once as a small child visiting the Paul Bunyan Center, he found a shoelace and proceeded to lift the pant legs of bystanders to see who was missing one.

Ted graduated from Pequot Lakes High School in 1971. Ted met Lea his absolute soulmate, friend, and wife of 49 years at Pequot Lakes. Yearly on their wedding anniversary they made a joint decision and announcement to give it a go for another year. Ted graduated from St. Cloud University and from there held various jobs through the years. He worked for Honeywell, Hayden Search, and retired from Lionsgate Academy Charter School where he taught Math. At Lionsgate, Ted was much more than a teacher of math. He was a mentor and example of encouragement and hope to his students and his colleagues. Ted truly taught the most important lessons of the heart, math held second place.

Ted lit up a room on a regular basis with antics that brought belly laughs, and he gave award winning bear hugs. Ted had a love of nature and with Lea, enjoyed driving trips, camping in State Parks, and had a love of gardening. He loved his extended family, his daughters immensely, and most of all adored beyond measure his grandson Keagan. Due to Ted’s love of fun, love of people, and bigger than life persona; he had true friends not just acquaintances. His family will love him always. Life was never boring in his presence. Ted was part hippie at heart and spread hippie joy everywhere he went. May you glide on fine hippie winds on your next journey, Ted. Your memory will never fade in the gifts you gave us. 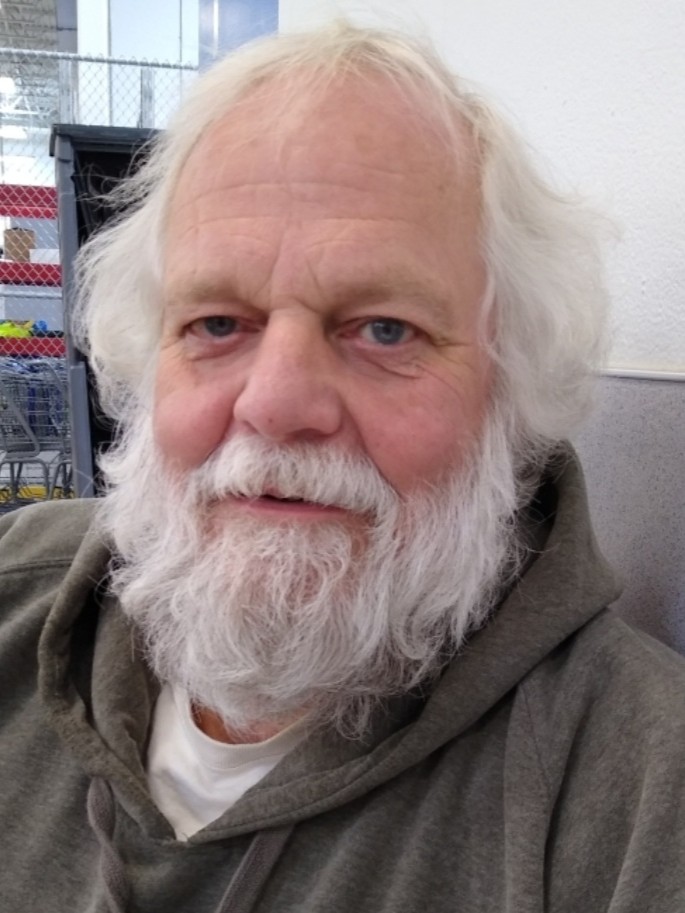