Sadie Lucille Barry, 9, was born in Fairbanks, AK on June 19, 2012, to Sean and Riana Barry. She thrived as a natural born saleswoman, selling everything from magic wands to Girl Scout cookies. She liked “just to meet new people and sell cookies.” Her vivacious, wide-eyed spirit helped sell 1400 boxes this year alone. She was a burgeoning young chef and cake decorator, though she rarely ate the delicious food she crafted. She adored all things creative and animal related (particularly reptiles). She loved being her Mom’s helper, hammock dancing, unicorns, and dragons. Her quirky wardrobe choices kept her warm and everyone else entertained.

Shiway Elizabeth Barry, 12, was born in Fairbanks, AK, on July 17, 2009, to Sean and Riana Barry. She aspired to be a farmer-veterinarian. She was a gentle Guinea Pig Mama to Brownie, Graygorie, Alfredo, Cream, and Cookie. Shiway enjoyed playing Minecraft, basketball, gaga ball, her violin, LEGOs, swimming, snorkeling, reading, Girl Scout horse camp, and time spent outdoors. Shiway was a highly intelligent, precocious child with a quick wit. She often was found enjoying the simple pleasure of swinging on a playground swing, contemplating life, rainbows, or ways to make her IRA grow.

Riana Skogstad Barry, 44, was born in Willmar, MN to Terry Schmidt and Vicky Daniels. She was Valedictorian of her Pine River-Backus High School class and graduated from the College of St. Benedict with a Social Work degree. Prior to becoming “Executive Director of Team Shiway and Sadie” she worked as a social worker, specializing in adoption and home studies, driven to strengthen the adoption process and help those involved. Her many interests included crafting, tie-dying, gardening, cooking, reading, traveling, camping and hiking. She was a passionate unschooler. She was known to wear flip flops until the snow drifted. She was a woman of remarkable intelligence, with a calm, steadfast personality and gift for creating and maintaining friendships. Fearlessly, she would jump into big projects, including the construction of the family’s cabins in Alaska. Her life’s greatest joy was being a mother to her girls. Riana is survived by her firstborn Perrin Cora, mother Vicky “Gigi” Daniels, dad Terry (Jane Gorski) Schmidt, biological father LaRue Skogstad, siblings Regan (Shannon Conroe) Skogstad, and Anjela (Michael) Ayllon, nieces, and nephews Alan (Amber), Austin, Jani, Andrew, Gracie, Miles, Calvin, and Ethan, and great-niece Memory. Stepbrothers Collin (Hillary) and Justin (Leanna) Barron.

Sean Christopher Barry, 47, was born in Manhasset, NY on Oct. 26, 1974, to John and Elizabeth Barry. Sean earned his B.S. in Geography from the University of Alaska Fairbanks. He worked as a water treatment operator for Red Dog Mine in Northern Alaska. Sean’s adventurous spirit fueled his wanderlust as a young man, backpacking thru Europe at 18. By age 40 he had traveled to 6 out of the 7 continents – never failing to mention that he went to Antarctica… twice. He made Alaska his home base for 20 years before relocating to Duluth. He was wickedly smart, quick-witted, a lover of a good brew, a furious reader, and an even better debater. Above all, he loved being the father of two exceptional girls. Sean was preceded in death by his father John and brother Jae. Sean is survived by his mother Elizabeth, sister Katie, brothers Timothy (Ina), and Brian (Heidi), sister-in-law Nicolle Barry, nieces and nephews Mya, Graham, Phillip, Judy, Nicky, Olivia, Cordelia, Sebastian, Boyd, and Caspian James.

Public funeral services were held for the Barry family in Duluth, MN on May 1, 2022. A memorial service was held on June 12, 2022 at Georgeson Botanical Gardens in Fairbanks, AK, where Sean and Riana were married. The family is buried together in their long-time hometown of Fairbanks, AK.

Though the Barry’s moved their primary residence to Duluth a few years ago, a love of Alaska remained at the heart of the family. To honor their love of Alaska, learning, exploration, and the joyfulness of childhood, friends and family ask for memorial contributions via a GoFundMe for the “Barry Family Endowment at Fairbanks Children’s Museum.” The endowment will fund the Shiway and Sadie Scholarship, to provide museum memberships, summer camps, and homeschool support curriculum to the interior Alaskan community. 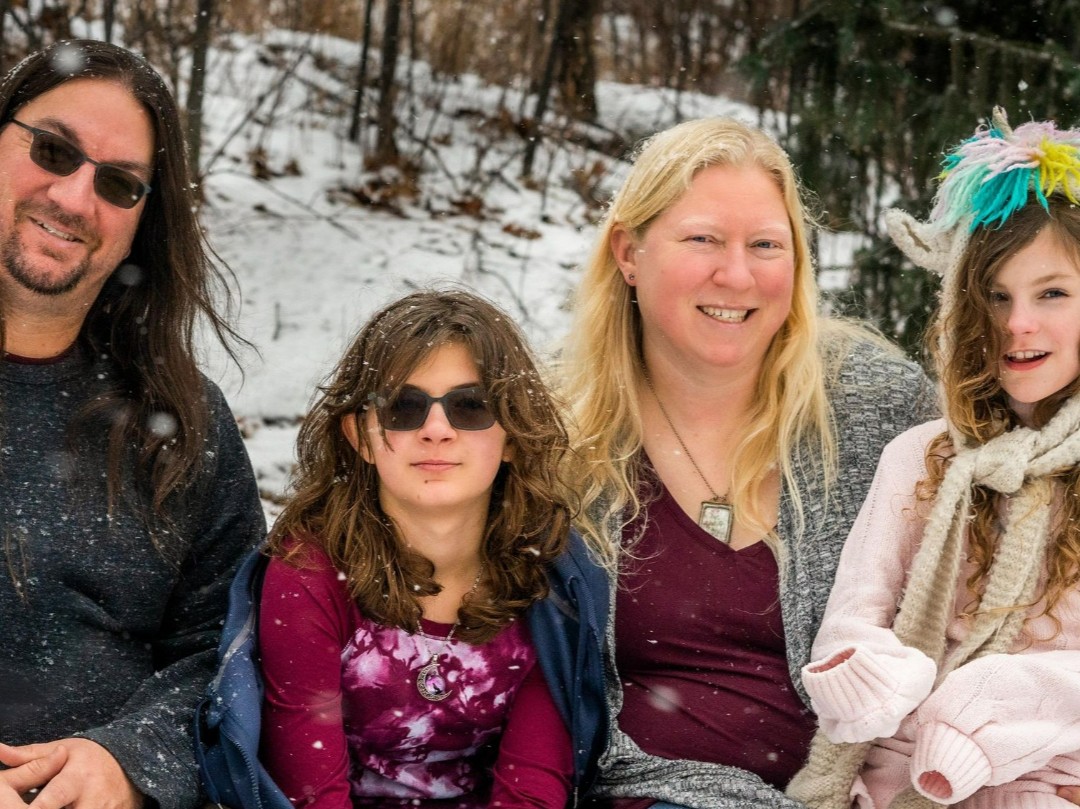