Roger Dale Rager, age 73, of Pequot Lakes, MN. passed away on February 17, 2022, in his Florida home. Roger was born on September 3rd, 1948, in Lincoln, Nebraska, to Robert and Dolores Rager. He graduated from Gering High School in 1967.

Roger’s racing career is well documented. His run in the 1980 Indy 500 is a testament to his resourceful and innovative nature. Ambition fueled his success, and as it is known, he led the 500 with a stock-block Chevrolet engine out of a school bus from the local junkyard. Rager was named the USAC Rookie of the Year in 1980.

Roger was truly a versatile driver who was not afraid to race anything that had wheels. His true passion was behind the wheel of a sprint car. He was one of the original Outlaws. He is the only driver to win a feature at Knoxville Raceway in each of the five decades from 1960-2000s, and in 1975 he was the Knoxville season point champion. After the age of 50, Roger enjoyed showing the young racers how it was done while racing in upper Midwest sanctioning bodies. He was inducted into the Knoxville Hall of Fame in 1990, Nebraska Racing Hall of Fame in 2005, the National Sprint Car Hall of Fame in 2009, and High Banks Hall of Fame in 2022.

In 1987, Roger moved his family to Pequot Lakes when he purchased Loon Lake Campland. He built the property into a seasonal RV park self-named Rager’s Acres and had enjoyed hunting, banter with resort guests, tinkering, watching races, and the calming bark of his dog Lucy.

The family is planning a celebration of life for Roger and his mother Dolores “Dee” Rager (passed away 12/31/21) on June 11th at 10am at Our Savior’s Lutheran Church in Pequot Lakes, MN followed by a gathering at the American Legion in Pequot Lakes. 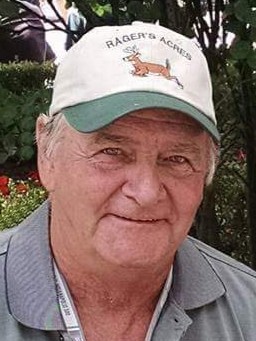