He was a Sergeant First Class in the US Army.

An educated man, Bob earned a Bachelor’s degree in Mathematics and a Master’s degree in Science before becoming a teacher at Hopkins South Jr High and Hopkins West Junior High School in Minnetonka, MN for over 30 years, where he was a leader of the cross-country ski club and the Estes Model Rocket club.

Following his early retirement, Bob worked in the ski industry and continued his love of nature and for the great outdoors. Bob served on many committees at his church as well. Bob and Bonnie created many memories with their children, grandchildren, great-grandchildren and numerous friends at their cabin on the Whitefish Chain of Lakes in Minnesota.

A kind, humble and loving man, Bob will be dearly missed by all who met him. 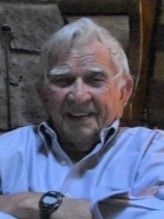