Michael Floyd Smith passed away peacefully surrounded by his family on January 14, 2023 at the St. Cloud Hospital after a short battle with cancer. Mike was born on August 1, 1946, in Brainerd, the first of 10 children to Floyd and Violet “Vi” (Shamp) Smith. Mike was raised in the Pine River-Backus area, graduating from Pine River High School in 1964. He was united in marriage to Phyllis Dupont December 20, 1968. During this marriage they had two children, Wendy and Sherry. They later divorced. On December 31, 1990, Mike married Ruth Utsler.

Mike had a charismatic personality with a unique ability to draw others in and give you his full attention. He loved hearing a good story and even more, he loved telling a story. History and Ole and Lena were his favorite subjects. With an easygoing demeanor and stern beliefs he was looked up to and respected by many. He truly loved life, family, and friends.

Throughout life he had a variety of occupations. Mike started out working alongside his dad in the family business, hauling garbage and later operating equipment and driving truck for his family’s excavating company. After graduating high school, he joined the Army National Guard. Upon finishing his time, he rejoined the family business. Mike purchased Smith Excavating from his parents, later selling to his brother Pat so he could explore a different career driving semi “over the road” hauling grain for Fosse Transport. He also drove semi for Batzer Construction. He eventually started his own business, Smith Landscaping which he ran until his retirement. After marrying Ruth, they operated her family’s business, Pine Manor Resort, for several years. They then relocated to Lucas, Iowa, where they built a horse boarding facility. While in Iowa, Mike started working for Aztech Corp. located in St. Joseph, MN during the summer months, eventually moving back to Pine River to be closer to family. Semi-retired, he continued hauling dirt for himself and other local contractors. Having more time on his hands, he tapped into his creative side and began woodworking, building projects that he gifted to his grandchildren. Working with his hands rekindled a childhood interest in toy trucks, trailers, implements, etc., buying, selling, and restoring. He attended several toy shows in recent years.

A Liturgy of the Word service will be held at Our Lady of Lourdes Catholic Church, Pine River, at 2 PM on Friday, January 20, with visitation beginning at noon. A celebration of life will follow at the Pine River American Legion. A private family burial will be held Saturday, January 21, at Ponto Lake Cemetery. Arrangements are with Kline Funeral Home, Pine River. 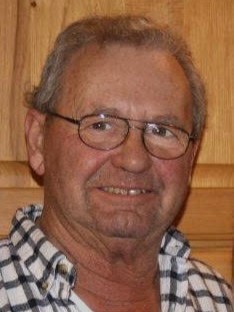