Michael Charles “Mike” Holley, age 50 of Janesville, WI, passed away at his home on December 29, 2021, from medical complications. He was born on July 22, 1971 in Marshfield, WI, the son of Richard & Sheila Schramm. Corliss (Cork) Holley became Mike’s Father by adoption when he and Sheila were married in 1978. He grew up in Pequot lakes, MN, where he graduated from Pequot High School. He lettered in football and band and was the bugler for the American Legion Post 49 Honor Guard for many years. Mike was united in marriage to his wife, LeAnne Jane Yeadon of Janesville on October 26, 2002.

Mike was employed as a truck driver most of his career and was currently a Transportation Supervisor for Upper Lakes Foods in Janesville. He was a member of Janesville Wesleyan Church and a founding member of the Pequot Lakes American Legion Post 49 SAL. He loved cars, especially anything with a bowtie (Chevys), all things history and whipping up a mean feast. Mike’s life revolved around his family and their involvement in hockey. He was a loving man & friend to so many. He was always willing to volunteer when someone needed help. He would always have a big, contagious smile on his face and a big bear hug ready to share with you.

A celebration of life was held on Tuesday, January 4, 2022 at Henke-Carlson Funeral Home in Janesville, WI. Entombment will be at a later date in the Milton Lawns Memorial Park Mausoleum.

The Holley family would like to invite Mike’s family and friends to an Irish Wake in honor of Mike on Sunday, January 9, 2022 at 2pm at the Pequot Lakes American Legion. 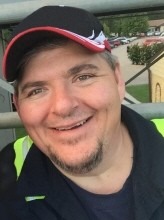