Marlys Lee went home to be with Jesus on September 17, 2022, one month short of her 98th birthday, in her daughter’s home in Merrifield, MN. She was born in Murdo, SD, to Frank and Maude Coleman, the first of five children. The family moved to the farm near Ruthven, IA, where Marlys attended country school and later Ruthven High School. Here she met Lawrence “Larry” Lee and during his service in the Naval Air Corp during WWII they were married. After Larry’s discharge they moved to Crosby, MN, and then on to other cities/states through the years. Over those years they had five children. Marlys was a devoted homemaker, gardener and baker, caring for her home and family like few others.

Marlys and Larry eventually retired to a home in Pequot Lakes, MN, and lived there until his passing in 1999. They were both active in the Log Church in Crosslake and Marlys continued her service there for many more years being active in the YAHS (Young at Hearts) and Happy Halves (widowed friends). Marlys loved the Lord her entire life and was a mighty prayer warrior, as so many can testify to.

Marlys was preceded in death by her siblings, her husband, Larry, and son, David. She is survived by her daughter, Dianne (Tom) Rogers of Merrifield, MN; sons: Gary (Jackie) Lee of Bulverde, TX, Jeff (Cheryl) Lee of Billings, MT, Tim (Deb) Lee of Jackson, MN; as well as 15 grandchildren, many great and great-great grandchildren, nieces and nephews.

Remembrance Services will be held at the Log Church in Crosslake on Saturday, October 1, at 2 PM, with visitation at 1:30 PM, and also at Ruthven United Methodist Church in Ruthven, IA, on October 22, at 11 AM. Interment will be in Crown Hill Cemetery, Ruthven.

Kline Funeral Home is in charge of arrangements. Visit www.klinefuneralhome.com to share condolences with the family. In lieu of flowers, the family requests memorials be made to CRMC Hospice Care in Crosby or Crosslake Evangelical Free Church, Crosslake. 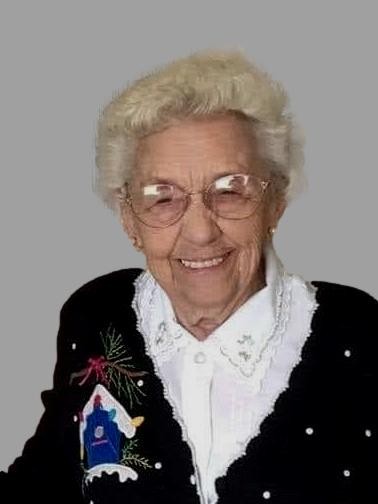