Lynda Lee (Eickhoff) Wilson, 63, unexpectedly passed away from natural causes at her home in the Brainerd Lakes area on December 7, 2022.

Lynda was born on September 21, 1959, in Warren, Minnesota to Loran and Joanne (Griggs) Eickhoff. When Lynda was 2 years old, her parents relocated to Brooklyn Park, Minnesota where she attended elementary school through high school in the Osseo School District. She continued her education at St. Cloud State University earning a bachelor’s degree in business management, and eventually also earning a master’s degree in business management from the University of Minnesota.

On July 16, 1982, Lynda and Peter Wilson were united in marriage. They bought a home on the Mississippi River in Brooklyn Park, Minnesota and lived in that home until moving to the Brainerd Lakes area in 2011. During their years in Brooklyn Park, Lynda worked for 12 years as Director of Admissions at the Humphrey Institute at the University of Minnesota. She then opened a language school in Cancun, Mexico, and served students from many countries until hurricane Wilma destroyed the school. At the time of her death, she worked from home as a successful seller on Amazon.

Lynda was an avid reader all her life and listening to a wide variety of music genres was a large part of her interests. She enjoyed boating with her husband on the many lakes in the area and looked forward to warm and sunny summer days. She had recently developed an interest in genealogy and spent hours on her computer doing research and finding information dating back to B.C.. Travel with her husband or sister, whether domestic or international, was her lifelong passion.

She never experienced a single day in her life without knowing she was loved. Her absence from this earth causes so much heartache for so many people.

Services are private with family only in attendance. Arrangements have been entrusted to the Brenny Family Funeral Chapel, Baxter. 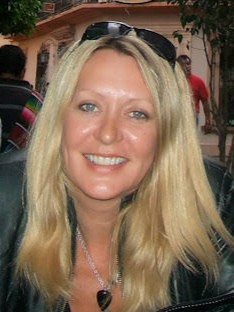