Joann K. Luukkonen, 75, of Brainerd, passed away surrounded by her family on December 1, 2022, after a 30 year long battle with Parkinson’s Disease. She was a strong, independent, and determined woman. She was a role model, talented quilter, loving wife, mother, and grandmother.

Joann was born in New York Mills on July 5, 1947, to William and Hildegarde (Geiser) Haman. She was the 8th of 11 children. She graduated high school from New York Mills and went on to college at Bemidji State University and received her Bachelor’s and Master’s degrees in education. She student taught in Long Prairie. She married Roy Luukkonen on June 19, 1971 and moved to Brainerd. Roy and Joann built their lifelong home south of Brainerd. Early in her professional career, Joann was a bookkeeper at Bang Printing and Patrick’s Sales and Service. She then became an instructor at Brainerd Technical College and Community College. She was a continuous learner and was a well-loved teacher. Parkinson’s, unfortunately, cut her teaching career short. In her early retirement, she was able to enjoy traveling to Alaska, South Padre TX, Lake Havasu AZ, Branson MO, and other destinations.

Joann enjoyed quilting, bingo, fishing, photography, gardening, baking, and cooking. She was a member of St. Mathias Catholic Church, Parkinson’s Support Group, and Rock Steady Boxing. When her children were young, she was an adult 4-H club leader.

In lieu of flowers, memorials are preferred to the Parkinson’s Association.

Arrangements have been entrusted to the Brenny Family Funeral Chapel, Baxter.

Visitation will be held from 4pm-7pm on Friday, December 9th at the Brenny Family Funeral Chapel in Baxter. Mass of Christian Burial will be held 11am on Saturday, December 10th at St. Mathias Catholic Church with a visitation starting one hour prior. 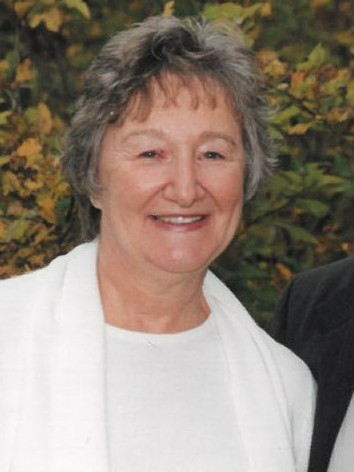