Bernard Dahlvang of rural Sebeka passed away on Saturday, January 8, 2022, at the Veterans Hospital in Minneapolis, MN. Bernard was 67 years old.

The funeral service will take place on Tuesday, January 18, 2022, at 11:00 AM, at the Motley Free Methodist Church, 33 Wellwood St. E, Motley, MN 56466. Visitations will be held on Monday, January 17, at the Kline Funeral home in Pine River from 4-7 PM, and also on Tuesday at the Motley church, one hour prior to the service.

Bernard Paul Dahlvang was born on October 11, 1954 to Paul and Evelyn (Swenson) Dahlvang at the Wesley hospital, Wadena MN. While growing up in Oylen, Bernard attended country school at District 55 South until age 10. He then attended Staples School and Vo-Tech until graduating in 1972. The following year was spent working in a machine shop with his cousin Bob. In May of 1973, he enlisted in the US Army, serving until October 1975. Bernard then came home to Oylen and began his logging and sawmill career. In 1990 he was united in marriage with Pam Dumpprope. They then settled in Cass County where he continued to expand his business. Bernard enjoyed working with his beef cattle, attending auction sales, and visiting with friends over a sweet treat and cup of coffee. Bernard loved to read, but his greatest joy was spending time with his family.

Bernard was one of a kind. He was loving, caring, and helpful to anyone in need. He was a hard worker, an extraordinary provider and protector. He took pride in his business and enjoyed a good barter. His love for his wife and children were at the forefront of everything he did. Bernard enjoyed sharing stories with everyone and teaching his grandchildren about anything he could show or explain to them. Bernard was a man of many trades and successful in the many things he had done. His wisdom, storytelling and laughter will be greatly missed. 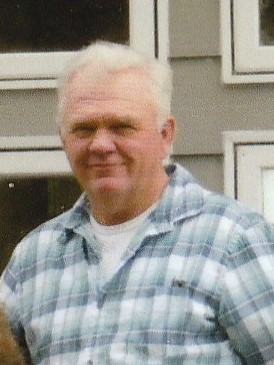